Sculpture of a young girl

The original marble of Jeune fille à la Natte by Jacques Saly is in a private collection.  Another version by Saly is in the Victoria and Albert Museum, London and other examples exist in terracotta, bronze and faience.

François Boucher (1703-1770) reproduced Saly’s bust in a panel entitled The Arts and Sciences: Painting and Sculpture in part of series he painted for Madame de Pompadour in 1750-52. This, along with other panels, are on display in the Frick Collection, New York who also own a marble version of the bust. 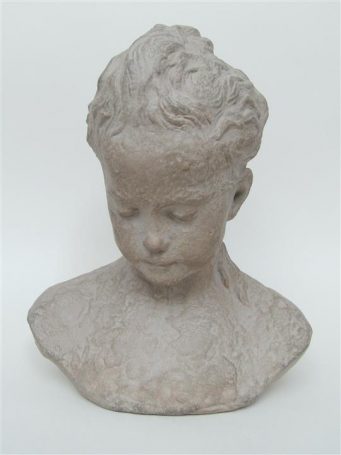 Make an Enquiry: Sculpture of a young girl