Born in England in 1915 Alma Slocombe was the daughter of George Slocombe, a writer, journalist and war correspondent based in Paris.  She married the award winning architect André Remondet. During the Second World War they moved to the United States of America where she was became influenced by the American abstract expressionists.  On her return to France she was inspired by the work of Pierre Soulages and Alfred Manessier and the new School of Paris.

Her work has been exhibited in Paris, New York and Tokyo. 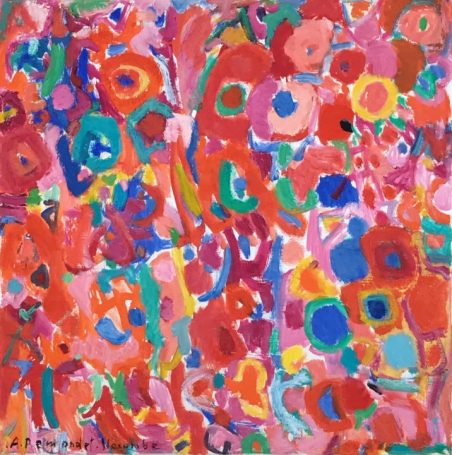